By Danielle BranchJune 9, 2021No Comments 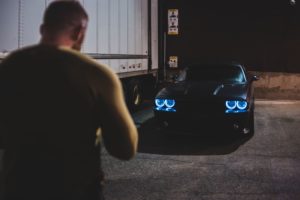 Published figures from the DVLA show that a whopping 74,769 cars were reported stolen during 2020. This is 20,000 more than 2019. It works out to an average 205 vehicles being stolen every day, or around 1 vehicle being stolen every 7 minutes.

There was an assumption that vehicle thefts would decrease during the pandemic, but this sadly wasn’t the case.

Further research shows that only 72% of stolen cars are ever recovered. This is often done with the help of CCTV cameras and CCTV footage that can be given to the police. They can see where and when the car was stolen by, who stole the vehicle and which direction they headed once they were in the vehicle.

Criminal gangs are increasing recruiting young people with no criminal records to steal cars. These stolen cars are then taken to places nearby and left for 4 days. The criminals use this time to see if the vehicle has a tracking device or not. If it doesn’t, then the vehicles can be used for criminal activity or sold on.

The top four reasons that cars are stolen, as reported by Head of Police Liaison at Tracker, are as follows:

While the police are going to great lengths to tackle these crimes by organised gangs, they need your help. Home security cameras offer the police the evidence they need to help them catch the criminals.

However, they also work as a deterrent. Those homeowners with security cameras will often see potential criminals ‘casing the joint’. The criminal will be looking for the home security in place to see if your home and car is an easy target. If they see a visible and good quality security camera this can be enough to deter them from stealing your vehicle.

Do You Know The Three States Of Your Fire Alarm System?

Do You Know The Three States Of Your Fire Alarm System?