The Aftermath Of A Domestic Burglary In Cambridgeshire 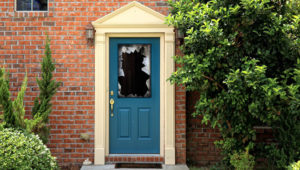 Did you know that there were 668,000 domestic burglaries in the UK between October 2015 and September 2016? This means that 668,000 people were either disturbed when they were at home or returned home to find that their home had been burgled.

25% of the 668,000 burglaries found that the homes had been trashed during the visit of the intruder. 40% of the homes burgled had sentimental items stolen and lost forever. Finally, 66% of these burgled homes had lost very expensive items during the break-in.

While having your home trashed, sentimental items lost forever and expensive items stolen – is that the worst part of a domestic burglary?

For example, one in four people that have experienced a house burglary no longer felt safe in their own home. The only way they could feel safe again was to move house, leave their neighbours and their local community.

60% of people that have experienced a domestic burglary on their home stated that the worst part of the incident was that they knew that someone had been in their home. It was an extremely traumatic experience for many people and it left them feeling that their house was tainted in some way.

So how long does it take to recover from the aftermath of a domestic burglary in Cambridgeshire?

Here at Jensen Security we can’t imagine how it must feel to have your home entered by a burglar. It must be a terrible experience and we fully understand why it would take so long to recover from this. If you want to ensure your home and loved ones are safe from intruders, call our team now. We can discuss your security need and create the perfect tailor-made home security solution for you.

If you home has been broken into and you are struggling with the aftermath of a domestic burglary in Cambridgeshire contact the Victim Support Line on 0808 16 89 111 or visit their website www.victimsupport.org.uk

Choosing The Right Intruder Alarm For Your Small Businesses

Choosing The Right Intruder Alarm For Your Small Businesses