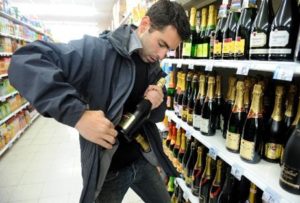 Here at Jensen Security we work with a lot of businesses from all sorts of industries to help them protect their businesses through improved security. In this blog post we would like to share some research that we recently came across. This research looks at three different industries; wholesale and retail, arts, entertainment and recreation and the manufacturing industry.

CCTV cameras and better business security could help reduce the risk of shoplifting and threats to your staff because thieves would be aware that they are being recorded. This CCTV footage would then give you the evidence required for the police to find the thief.

In 2017 34% of all businesses in the arts, entertainment and recreation industries were affected by crime. The most common crime in 2013 was theft however it is now assaults and threats. This is something that CCTV can monitor, and also help deter.